The total market capitalization of all digital coins on CoinMarketCap hit $304 billion Monday. Novogratz said he expects that could increase by about six times to $2 trillion at the end of next year.

Market capitalization of all digital coins (year to date change) 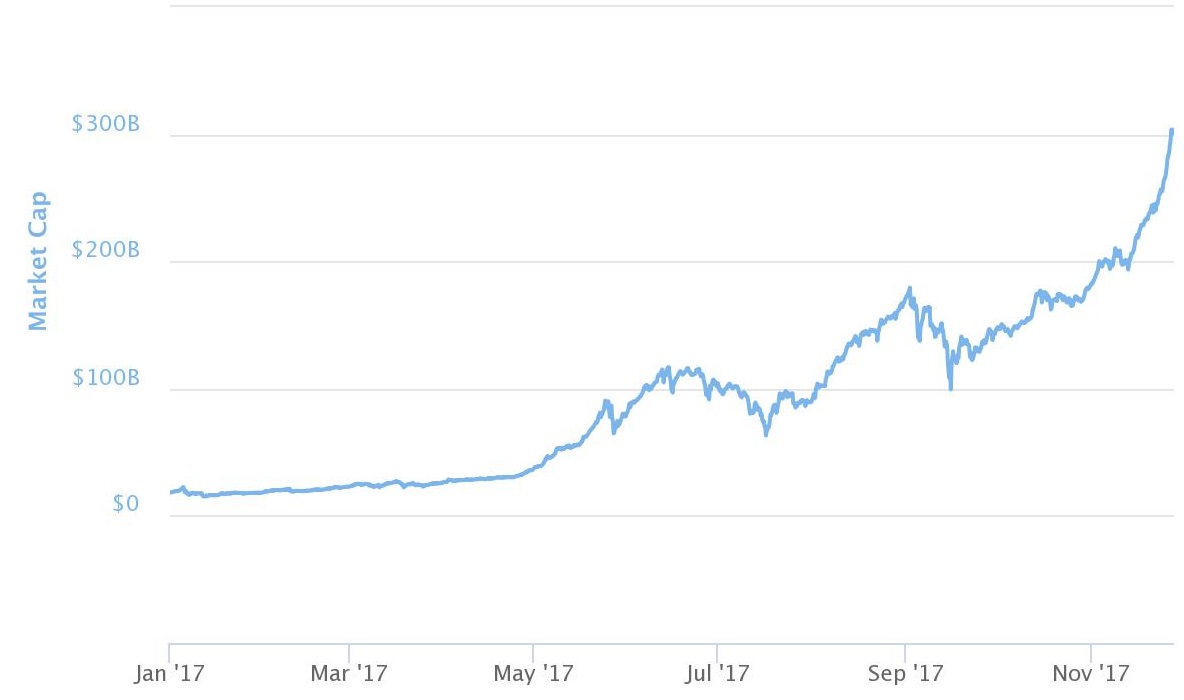 “There’s a big wave of money coming, not just here but all around the world,” said Novogratz, formerly a macro hedge fund manager at Fortress Investment Group. He is planning to launch a $500 million digital assets fund through his new firm, Galaxy Investment Partners.

In contrast to oil and renewable energy products, Novogratz pointed out companies cannot produce more bitcoin in order to meet demand since the digital currency’s supply is limited to 21 million coins.

Novogratz said Monday that “probably over 20 percent” or “maybe even 30 percent” of his net worth is in cryptocurrencies. He said he’s split roughly in half between bitcoin and ethereum.

But Novogratz doesn’t recommend retail investors put any more than 1 to 3 percent of their net worth in cryptocurrencies, or wealthier investors to put more than 5 to 10 percent.

CNBC also reported that Novogratz agreed on Oct. 4 to join the board of advisors for a new token-exchange project based on digital currency ethereum.