Korean ATM manufacturing giant Hyosung has announced it will now offer Bitcoin buying support through a partnership with Just Cash.

The Missouri-based mobile company, which offers mobile-based solutions for customers to obtain cash from ATMs, will now allow any Hyosung ATM client to access Bitcoin.

While official statements are yet to appear regarding motivation for the move, the ATM compatibility upgrade is already available.

Hyosung describes the option “as a great way to introduce customers to the world of cryptocurrencies” as Bitcoin enjoys increasing popularity and reputation among non-technical consumers worldwide.

Bitcoin purchases will produce a paper receipt with a public and private key, with funds accessible via scanning a QR code.

In future, Just Cash will add Bitcoin selling, as well as support for other cryptocurrencies, with Ethereum first in line. 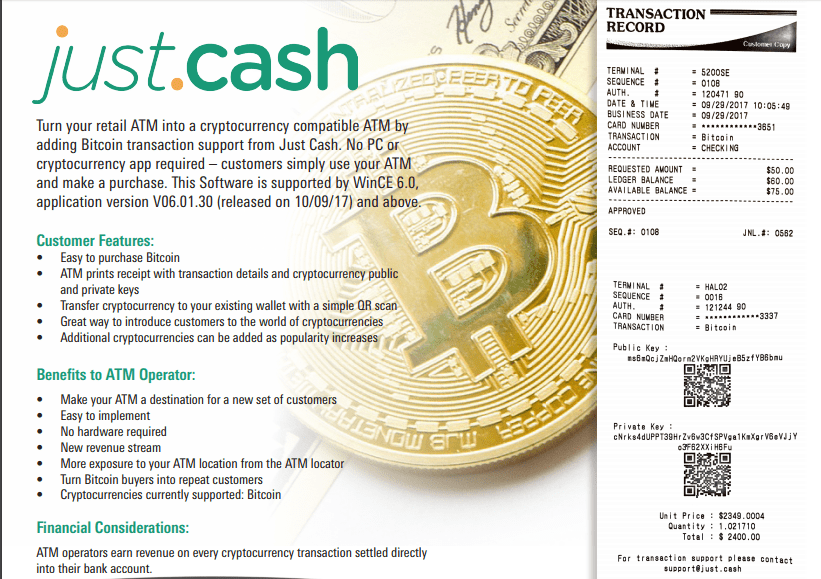 Bitcoin ATMs have developed thick and fast this year, with a spotlight on the US where several operators are vying for supremacy in what is still a market at the start of its journey.

At the same time, often outlandish growth predictions by ATM businesses jar with the still low patronage by Bitcoin users.

Venture Capitalist expert and investor Bill Gurley believes Bitcoin is an incredible store of value. In an interview with CNBC, the financier made it …